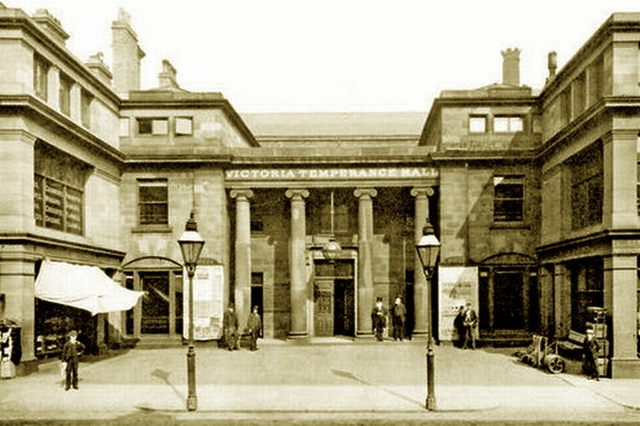 Huddersfield’s Victoria Temperance Hall was on Buxton Road and opened on 1st March 1879. The Huddersfield Temperance Society had been founded in 1832 and this was their purpose-built home. According to Peter Tuffrey in ‘West Yorkshire’s Cinemas & Theatres’: film shows started around May 1898; the trading name Victoria Hall dates from October 1900; it became a permanent cinema in September 1914; it closed as a cinema on 14th February 1931; and then operated as the New Victoria Hall Theatre from February 1933 to March 1938.

In Kinematograph Year Book 1914 it is listed as Victoria Hall, seating 750 and operated by H. Kaye. He was Henry Kaye, proprietor and residential manager, as KYB 1927, 1928, 1929 and 1931 confirmed. In the latter, the Victoria Hall was one of the 7 silent houses of Huddersfield’s 16 cinemas; though most of the 7 were in small, outlying communities and not in the town centre. Tuffrey names “The Concentratin’ Kid” as the final film shown. It was probably a silent.

The Victoria Hall is not listed in KYB 1935. One newspaper article reports that it was demolished in 1930 but that is at odds with Tuffrey’s account.

The Buxton Road location of the hall is now the pedestrianised New Street.