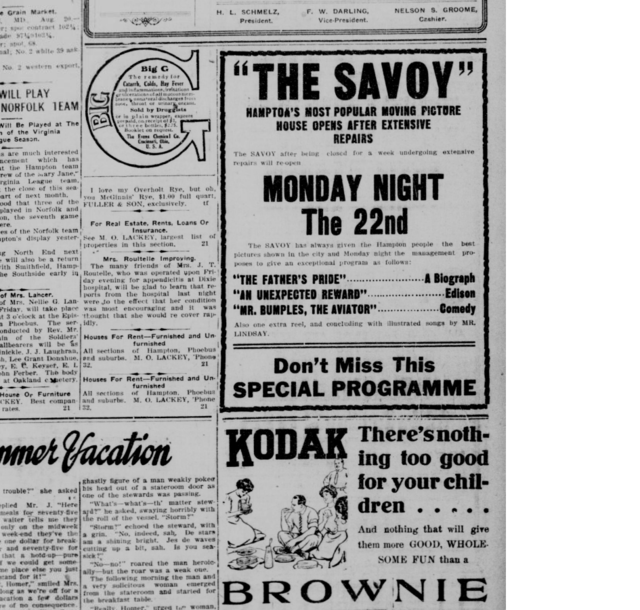 The Savoy Theatre was opened in 1908. It was closed in 1915. After its closure the equipment fixtures and fittings were moved to the new Alhambra Theatre, which opened as an African-American theatre in 1916.