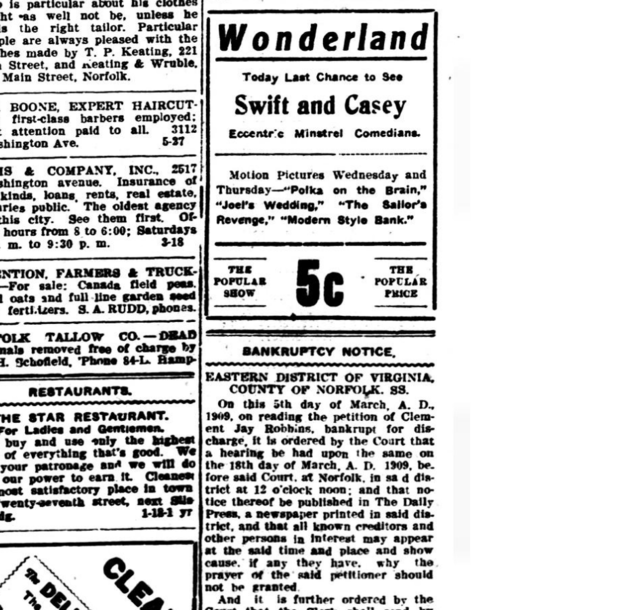 The business was then moved to the Academy of Music on Washington Avenue.

The Wonderland closed at this location in very early January, 1910. The December 28, 1909, issue of the Newport News Daily Press said that the operators of the Wonderland Theatre had taken over the Leath Company’s unexpired lease on the Academy of Music and would move to that house on January 3.

The Wonderland company intended to move its operation to an entirely new theater, then under construction at Washington Avenue and 31st Street, later in 1910. I suspect that the new house was the later Downtown Theatre, which opened as the Olympic Theatre on October 17, 1910.

After its stint as a motion picture and vaudeville house the Academy of Music returned to its original policy as a live theater, and was listed in the 1913-1914 edition of the Cahn guide. I haven’t discovered what became of the original Star/Wonderland building after the theater moved out.