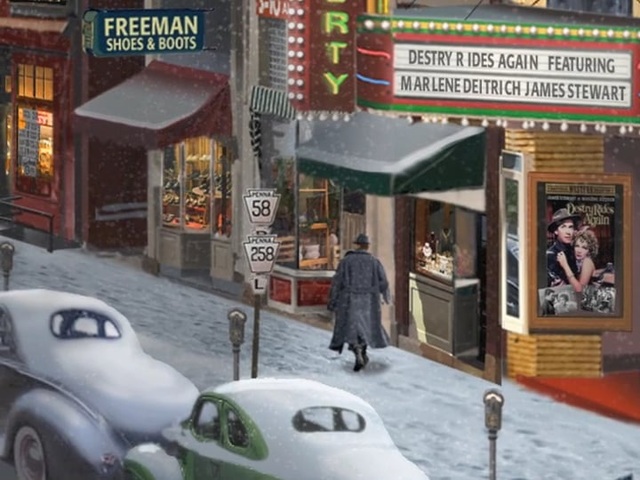 The Liberty Theatre was at 147 North Diamond Street, near Pitt Street. There was a very narrow entrance, now occupied by a branch of PNC Bank. I can’t tell if it’s the theater’s original building, extensively remodeled, or new construction. The auditorium had to have been behind the adjacent building.

The Liberty was in operation at least as early as 1926, and might have been a project that was noted in the August 21, 1920, issue of The American Contractor, which said that a 650-seat, one-story theater, 59x85 feet, was to be built at Diamond and Pitt Streets for the Alpha Motion Picture Company. The project had been designed by Sharon, PA, architectural firm Taylor & Hanna. The house was to be called “The Pitt”, but I don’t know if it ever actually operated under that name.