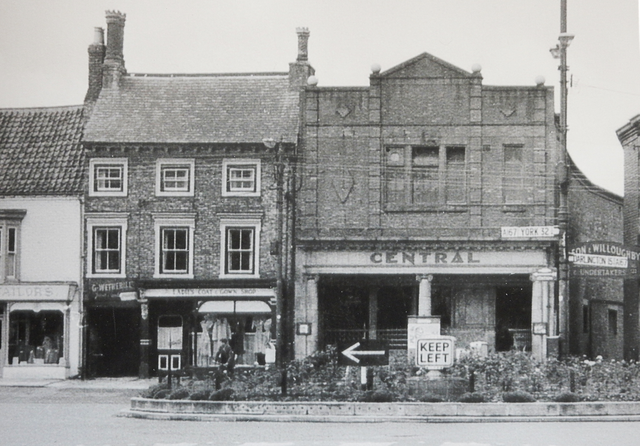 The Central Cinema was opened in December in 1920 by Dan Oakley Ltd., where Melbourne Yard once stood, nearly opposite the Town Hall. In early-1930 a British Thompson Houston(BTH) sound system was installed, and programmes booked at hall by the manager.

In 1943 it was taken over by Star Cinemas of Leeds and shown with 418 seats. This number had reduced to 380 by 1954. It showed its last film in 1962 and was demolished very soon after to make an access road to the Applegarth Car Park.