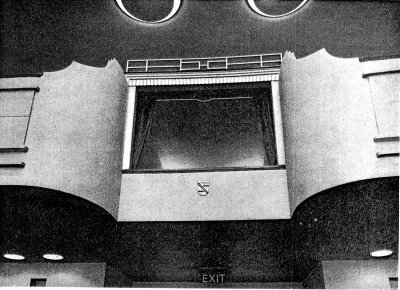 Located in Towcester, Northamptonshire, next to Silverstone Brook on the south side of the town, close to Towcester Race Course. It was built by Lord Hesketh as a gift to the town and to his movie-loving American wife Florence Louise Breckinridge. The Towcester Cinema was opened on 5th December 1939 with Don Ameche & The Ritz Brothers in “The Three Musketeers” & Henry Arthur in “Road Demon”. It was designed in a Modernist style, influenced by the style of Dutch architect Willem Dudok. The architect was W. Edmond (Ted) Fancott of architectural firm Sir John Brown, Curtis & Henson. It was equipped with a British Acoustic(BA) sound system. An unusual feature was a private box (with its own seperate entrance) built into the underhang in the front of the circle.

In 1965 it began to operate on Fridays' as a bingo club. The Towcester Cinema was closed on 30th June 1973, and it stood unused until 1983 when it was demolished and housing was built on the site.

A photo of the derelict building here, dating from circa 1975.