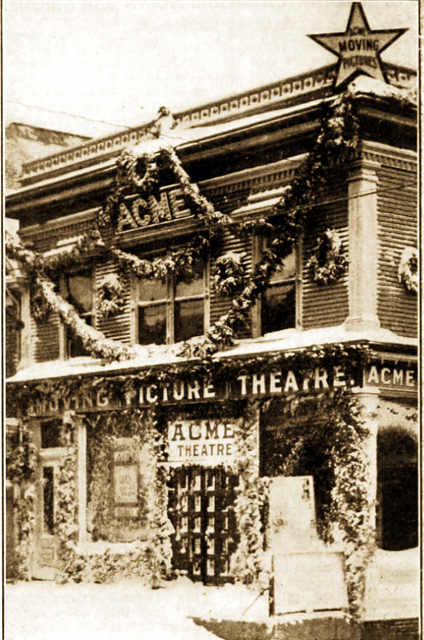 Opened on October 17, 1908, the Acme Theatre served as a venue for movies and vaudeville until it burned down in 1940. Reports on seating vary from 180 at the time of opening to 500 at the close. There was a balcony.

The Acme was one of several Maine theaters owned and/or operated in the early 20th century by Wilbor A. Shea, who had houses at Eastport, Lubec, Calais, and Pembroke.