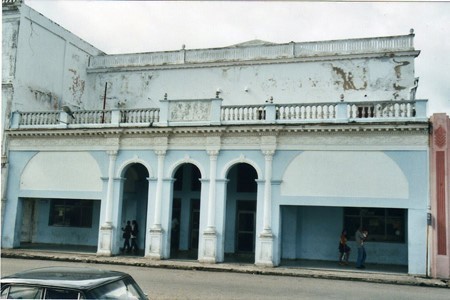 Located in Calajuami, in the Las Villas province. The Teatro Muniz is on Calle General Nayas opposite Leoncio Vidal Caro Park. It opened in October 1907 by Florentino Muniz. In the 1930’s it showed “Arcoiris” and “Gone With the Wind”.