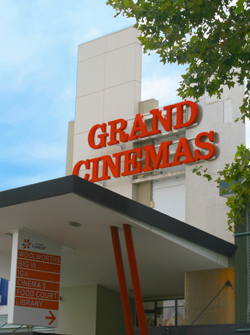 Located on the corner of Jull Street and Third Road. Grand Cinemas Armadale opened on 20th January 2005 with on(different screens) “Meet the Fockers”, “Ladder 49”, “Elektra”, “Racing Stripes”, “The Phantom of the Opera” and “Spongebob Squarepants the Movie”. The cinema is still operating.