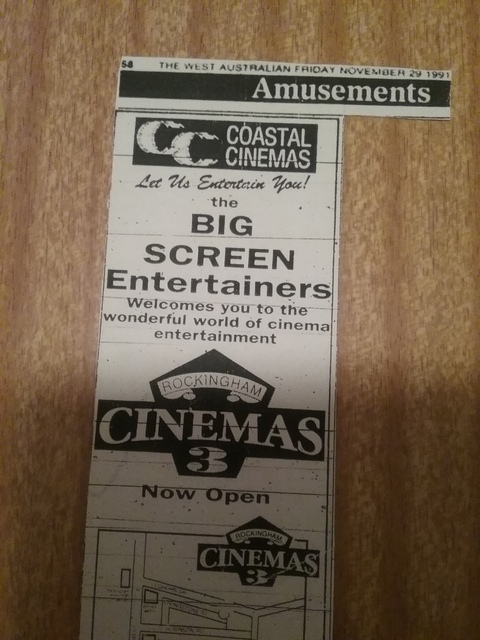 There is a picture of the outside of the cinema on the website.