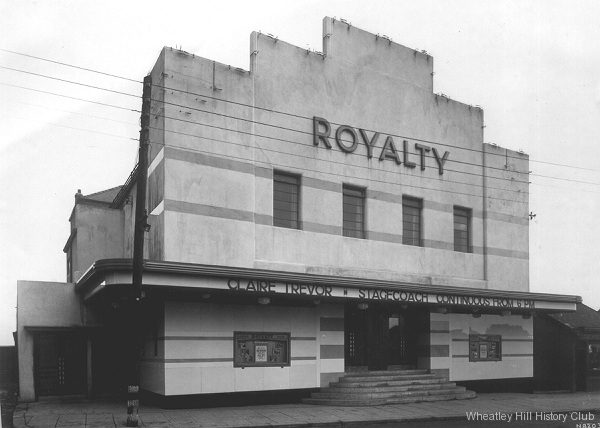 Located in Weatley Hill, County Durham. Originally opened on 18th November 1913 as the Palace Theatre with 900 seats. It presented films and variety acts. It had 24ft deep stage and four dressing rooms. By 1937 it had been re-named Palace Cinema.

In response to two new build cinemas, namely the Regal Cinema, Wheatley Hill and the Ritz Cinema in nearby Thornley, the Palace Cinema was remodelled and improved in an Art Deco style and re-named Royalty Cinema, opening under the new name on 1st December 1938.

After commercial television signed the death warrant of the Regal Cinema together with the neighbouring Miners Hall and the nearby Ritz Cinema and Hippodrome Cinema, Thornley, the Royalty Cinema continued to fly the flag until its closure in the very early-1970’s. It became a DIY home improvement store and was demolished around 2008.

Vintage photos are included in the relevant section.