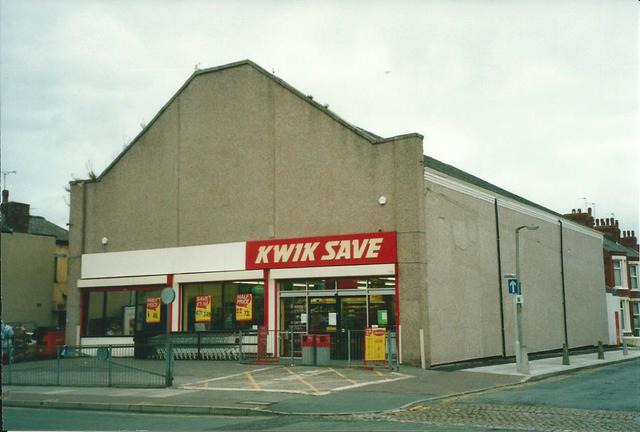 Located in the Seacombe district of Wallasey, Cheshire. The Queen’s Picturedrome was opened on 4th November 1911. The attractive façade had a semi-circular central feature, which was topped by an open cupola dome. Seating in the auditorium was provided for 800, all on a single sloping floor. The original silent screen was painted on the back wall and was surrounded by a decorative plaster frame.

When sound films were introduced in 1930 it was re-named Queen’s Picture House and a new proscenium was built, with speakers behind a new screen. It was equipped with a Western Electric(WE) sound system and the first talkie programme was Coleen Moore in “Smiling Irish Eyes” and a comedy “Beach Babes”. It was equipped with CinemaScope in the mid-1950’s.

The Queen’s Picture House was closed on 18th July 1959 with Frankie Vaughan and Anna Neagle in “The Lady is a Square” and “Gun Battle in Monterey”.

It was converted into a car showroom, and later into a supermarket. The front of the building has been removed.