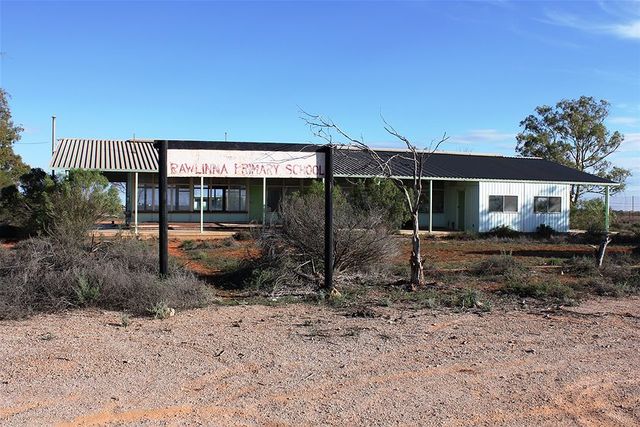 Rawlinna is a tiny settlement in the middle of the Nullarbor, about halfway between Kalgoorlie and the South Australian Border. It’s population is mainly railway famlies, tending the transcontinental line. From 1966 to the late-1970’s, 16mm films were screened fortnightly in the schoolhouse, organised by the schoolmaster in co-operation with Lindsay Morris, who worked for the P.M.G.(Postmaster General),(now split into Australia Post and Telestra(formally Telecom)).

Morris was the projectionist for the few years he remained in the town, organising film supply from Perth. He tells the story of one occasion when two trains were parked in the station because of a derailment along the track. The passengers were cold and tired and bored, but weeks film had already been shown and had been booked in at the railway station for return to the Perth supplier. The station master became so irritated by constant complaints from frustrated passengers that he brought the film over to the schoolhouse and begged Morris to screen it to keep the passengers happy, so it was screened three times that night before going back to Perth when the trains moved on.