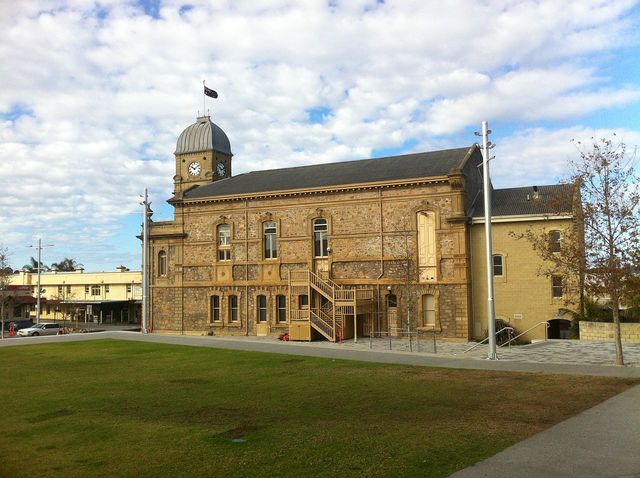 The Albany Town Hall opened on 1st June 1888. The first screenings were started 14th August 1897. Various people screened pictures there until the end of the silent era. Screenings returned there when the Downtown Cinema tranferred there, and opened as Cinema 1 on 2nd January 1987 with “Travelling North”(7.30pm), and “The Living Daylights”(10.30pm). Cinema 1 closed in March 1993 when the new Albany Twin(later 3) opened (now called Orana Cinemas. The Albany Town Hall is still there, but now longer screens films.