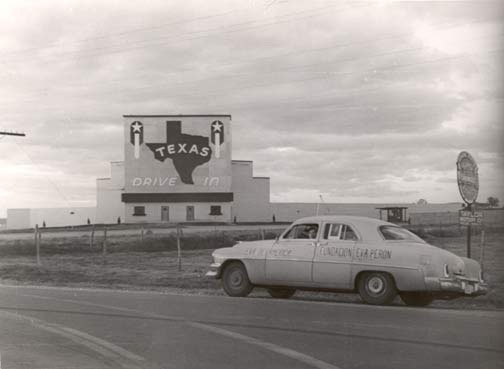 The Taylor Drive-In was opened June 26, 1950 with “Canyon Passage”. It was operated by the Taylor Amusement Co. The Texas Drive-In was still open in 1957.

The Taylor Drive-In launched June 26, 1950 with the film, “Canyon Passage”. But in 1954, manager W.W. Weidner lived up to his name by doubling the size of the Texas Drive-In screen to 80'x 33' and opening in December with “Three Coins in Fountain” followed by “The Robe” as the test for the CinemaScoped Taylor.