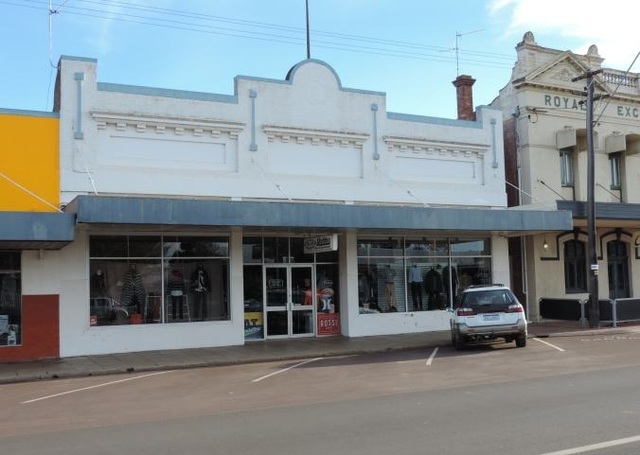 The Lyric Theatre opened on 1st October 1925 in Austral Terrace opposite the railway station. At first, this was a gardens run in the summer months, with winter screenings being moved to the Town Hall. After two or three years, the gardens were roofed over to become a indoor theatre. The Lyric Theatre ceased showing films sometime after World War II.

After it’s use as a cinema ceased, the building became a second-hand stop, then Wesfarmers, then in 1984 it was purchased by the BKW CO-op. In 1997, the Lyric Theatre was still there, though unrecognisable, the ladies wear section of the BKW CO-op had been built inside the theatre(like a Chinese box) so the ceiling of the old hall could still be seen inside the storage section at the back of the shop, and the roof of the old theatre was clearly visable from the rear of the building.