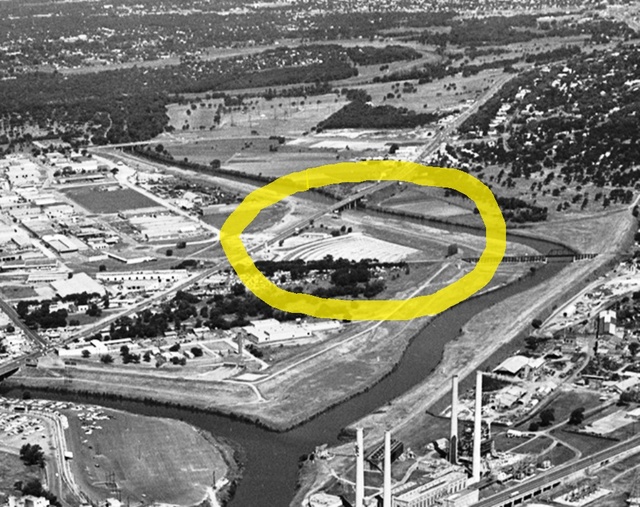 It opened on July 12, 1957 with 3-features: Huntz Hall in “Hold that Hypnotist”, Richard Widmark in “Run for the Sun” & Kirk Douglas in “The Indian Fighter”. It screened mostly “second-run” and B-movies. It was owned by Gulf States Theatres either for its entire operational history or for a limited time, as it was no longer listed in the Star-Telegram after late-1973. From that point onward until it closed for good (sometime around 1974 or 1975), it began to show Spanish language movies, and it was the first local drive-in to do so.

This opened on July 12th, 1957. Grand opening ad in the photo section.