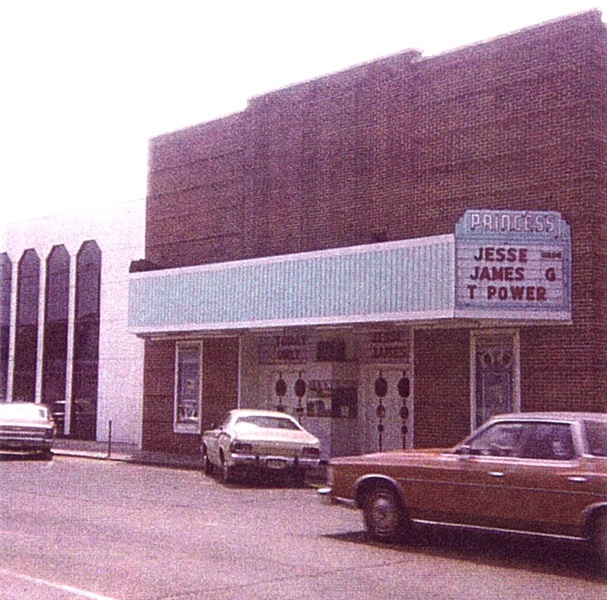 The Princess Theatre was located at the corner of W. Broad Street and Church Avenue. It opened in October 1, 1935 with Will Rogers in “Doubting Thomas”. It was operated by the Mid-State Theatre Co. Seating was provided in orchestra and balcony levels. From 1936 it presented vaudeville as part of the programing.

The Princess Theatre was closed August 5, 1978 with Tyrone Power in “Jesse James”. The building stood vacant for a short time and was purchased by Citizen Bank who demolished the movie theatre in 1979 and built a new branch of their bank on the site. It is now a Regions Bank.

This PDF has a brief history of the Princess Theatre, with two photos, one of which is a view of the auditorium from the screen end and shows the small shelf balcony, the only part of the theater in which patrons from Putnam County’s fairly small black community were allowed to sit.

The Princess opened on October 1, 1935. The document also mentions some of the other movie theaters in Putnam County. It also includes an extensive list of movies that were shown at the Princess over the years.