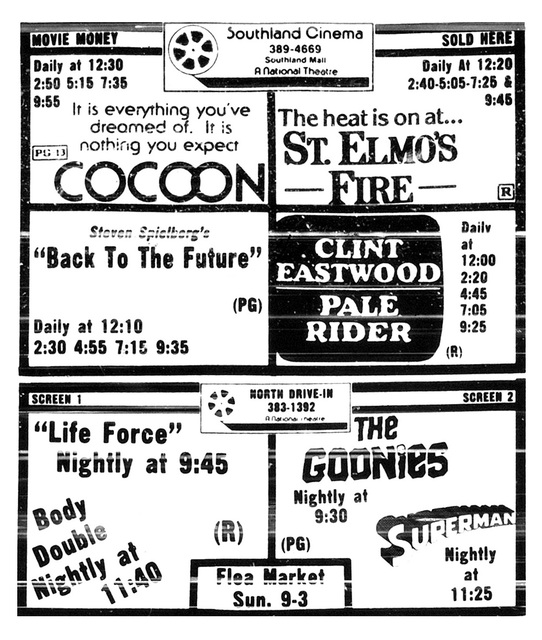 The first drive-in theatre to open in Marion, Ohio was the Marion Drive-In Theatre which opened up on August 15, 1947. The opening night feature to be screened was the 1946 western/romance “Abilene Town” with selected short subjects. The Marion Drive-In was opened by Horace Shock from Lima, Ohio dba Summit Drive-in Theatres Inc. Shock owned and operated the Lima Drive-In and Gloria Drive-In in Lima, Ohio also at this time. It was built at a cost of $75,000.00 with a 644 car capacity and RCA in-a-car speakers. The screen size was 33ft. X 44ft. with the screen tower being 60ft. high. Co-Op Theatres of Ohio Inc. was the buyer and booking agency in-between 1947 to 1967 for the drive-in. In March of 1948, the theatres operating under Summit Drive-In Theatres Inc. was purchased by Horace Abrams from Cleveland, Ohio. His brother Robert Abrams was the supervisor in charge of the Marion district. He made several in improvements to the drive-in before the 1948 summer season including new attraction boards and neon lighting. Plus, the car capacity was increased to 700 cars with installation of more in-a-car speakers.

The drive-in got twinned in April of 1981 before the start of the summer season. The North Twin Drive-In finally closed at the end of the 1988 season. In looking at the movie advertisements it looks like the operators of the Southland Mall Cinema 1-4 dba National Theatre was the owner of the drive-in also. The main screen tower was demolished in 1988 before the property was resold and the second screen tower was left standing. In February 7, 1989 the drive-in property was sold to Chuck Ellsworth dba Ellsworth Well & Pump. He bought the property with the stipulation that he does not screen movies for 99 years on the property. Chuck uses it for a storage yard for his well drilling equipment.

Reopened as a twin drive-in on March 20th, 1981. Grand opening ad in the photo section.