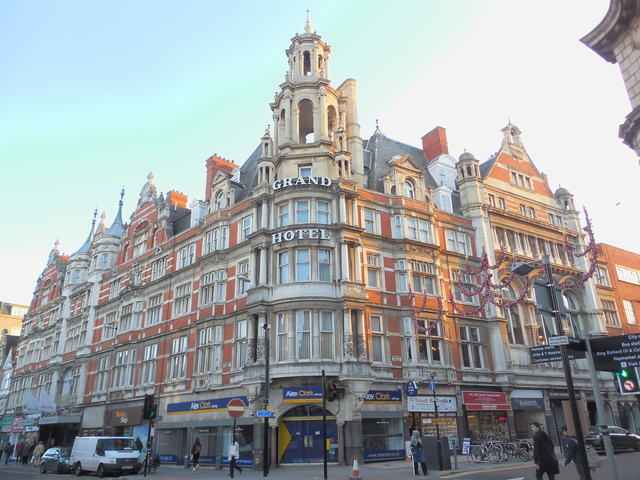 The luxurious 4* Grand Hotel was built in 1897/1898. At the same time an adjacent Kings Hall was constructed. It had its own separate entrance to the right of the hotel entrance. The lobby and auditorium were upstairs on the first floor, and also had an tea-room. It screened its first film “One of Many” in 1915 and became known as the Kings Hall Cinema. It had a piano, an orchestra and a small organ to accompany the films. All seating was on a single sloping floor.

In 1922 it was re-named Scala Kinema and was operated by Victory Cinemas Ltd. The Scala Cinema was closed in 1928 when the Grand Hotel changed ownership, and the new owners decided not to renew the cinemas' lease.

In 2015, the entrance is in use as a tanning shop, while the auditorium is now incorporated into the Grand Hotel in use as a banquet hall and for conferences.