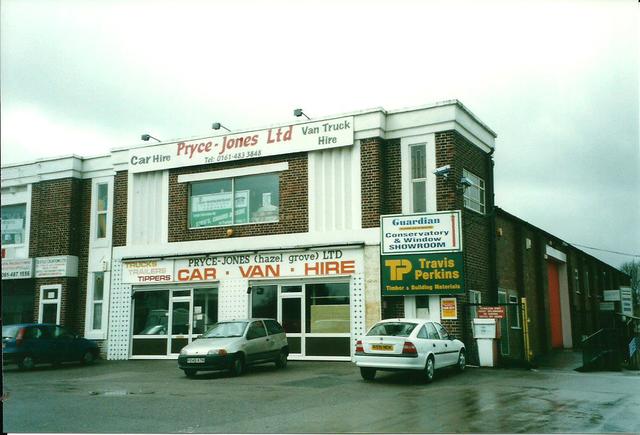 Located in Hazel Grove, Cheshire, near Stockport, and now part of Greater Manchester. The Marcliff Cinema was opened on 12th October 1937 with Robert Taylor and Loretta Young in “Secret Interlude”. It was operated by Stockport based builder Clifford Ogle, and was named after his two children Margaret & Clifford. The Marcliff Cinema was designed by Manchester based architect Herbert McLellan, and had a stadium plan for its seating, with a raised stepped section at the rear, rather than a conventional balcony. It had a stage and two dressing rooms. It was equipped with a RCA sound system. There was a free car park for its patrons.

It was taken over by the Frank H. Fortescue Repertory Company as a live theatre and they re-opened the Warwick Theatre on 19th April 1954 with the musical “Me and My Girl”. The Warwick Theatre was closed on 19th January 1957.

For many years the building has been used as a car hire facility, in 2015 Enterprise Rent-A-Car.