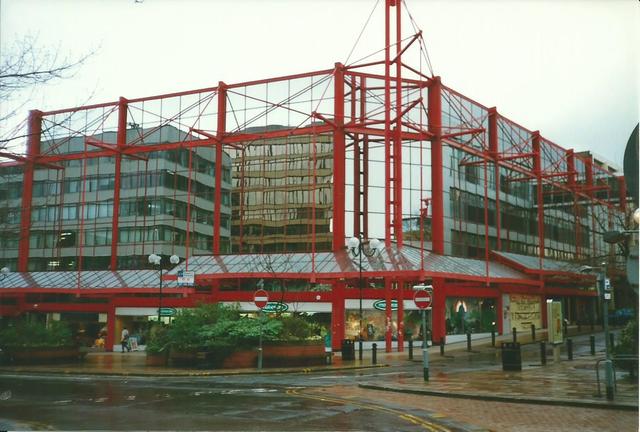 In Sheffield, the two screen Odeon in Burgess Street was built on the site of the demolished Regent Theatre/Gaumont Theatre (see separate Cinema Treasures entry). When the Odeon opened on 20th August 1987, the modernistic façade, of mirrored glass and garish red steelwork proved highly controversial, but both auditoriums (seating 500 and 324) offered a high standard of comfort.

However, a seven-screen Odeon multiplex opened in the city centre in March 1992, and the Rank Organisation management, conscious of the costs of operating from two sites, closed the Burgess Street cinema on either 20th February or 22nd September 1994 (sources vary). The building was converted into retail use. (It was thought the auditoriums might be converted to night club, but I do not know whether this happened.)