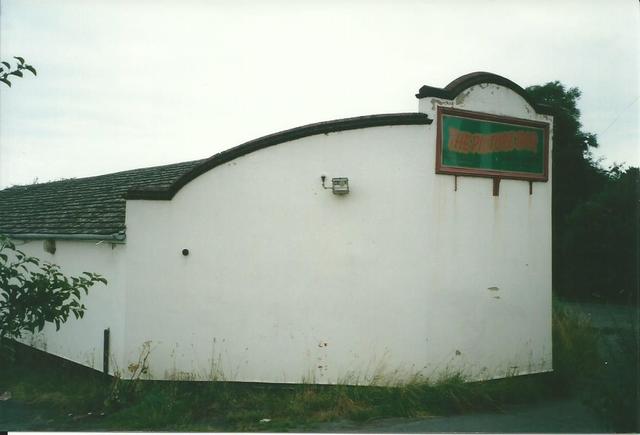 In the small Leicestershire town of Measham, following the success of the Holland family’s bioscopes during their fair visits, Annie Holland set up a more permanent film show during the winter of 1911 on ground just below the canal. In 1914 this was replaced by a wooden structure, known as The Showbridge.

By 1915 this had become the Picture Palace, with power being supplied by a gas engine. Uniquely, musical accompaniment was by a man with a mouth organ!

The 1922 Kelly’s Directory still shows Mrs Holland as the proprietor, but the 1925 edition has Mrs C. Wileman as the owner. The 1928 directory lists the cinema as the Empire Cinema, owned by the Empire Cinema Company, with J. H. Hammond as the manager.

It is not known when films ceased, but the building was in use as a youth club by 1962. It remained in that use, as the Picture Bar youth club until closing by 2017.

No longer in use as a youth club, currently standing unused.