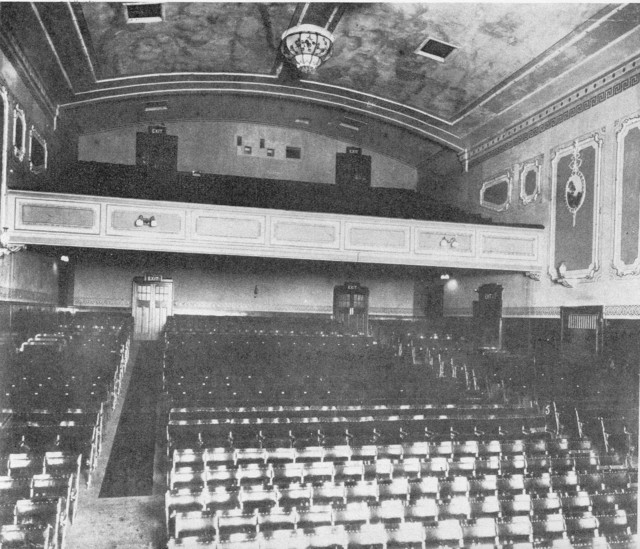 Located on the Market Place, Manchester Road in Swinton, Lancashire, today part of Greater Manchester. The New Adelphi Picture House was opened on 15th December 1923. It had a 28ft wide proscenium. Around 1929 it was re-named Adelphi Cinema and was equipped with a Western Electric(WE) sound system. It was operated by Swinton Entertainments and was booked by J.F. Emery Circuit who took over the running of the cinema from 1931 to 1946.

It was taken over by the Newcastle based Essoldo chain in March 1947 and was re-named Essoldo in 1949. It was closed on 3rd October 1970.

This cinema stood directly from my house as a child and it was the first place I ever saw a movie in a cinema – Snow White and The Seven Dwarves. It closed in 1970 but was demolished before 1984, as my Grandmother was living in some maisonettes they built on the land where this cinema was situated, by 1981/82.