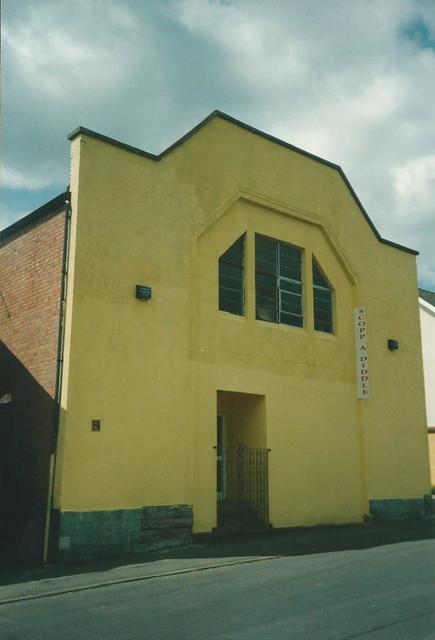 In the small town of Anstey, a few miles north of Leicester, in the Midlands, Mr and Mrs L. Rodwell opened the Regent Cinema in 1938. There was a canopy over the entrance and several full width steps leading through the glass doors into the foyer. There was a circle. The projection room is believed to have been on the ground floor. The proscenium was 24ft wide, and there was an 8ft deep stage.

The Regent Cinema closed in 1959. The building was sold and became a warehouse. The canopy was removed and the entrance bricked up in about 1980. By 1999 Dowling Envelopes were in occupation; the stalls floor had been levelled and the circle removed. The cinema foyer was being used as offices.

More recently the premises have been home to Scopp ‘a’ Diddle, a wholesaler of gifts and children’s toys.