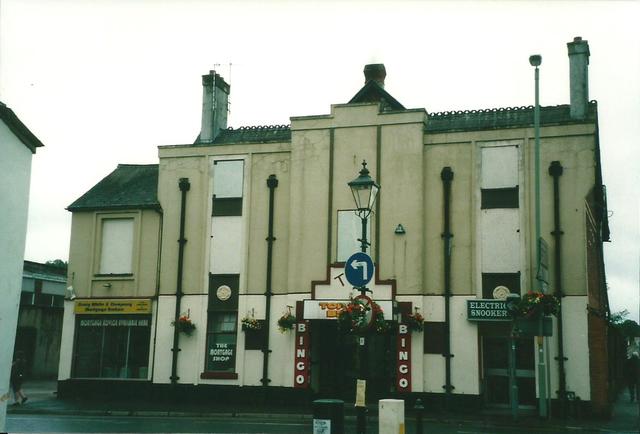 In the Devon town of Tiverton, the Electric Theatre most likely opened in 1912, in a former drill hall.

The 1914 Kinematograph Year Book (KYB) lists the owner as A.O. Ellis, and gives the seating capacity as 800. The manager was Percy Knott.

In the 1940 KYB the owner was still A. O. Ellis, although the seating capacity had reduced by then to 550.

By the 1953 edition ownership had transferred to The Electric Theatre (Tiverton) Ltd. there were by then 398 seats. CinemaScope was installed later in the 1950’s.

The owner is listed in the 1969 KYB as L. G. Vearnacombe. The cinema survived until the 1970’s, when bingo took over on the ground floor, with a snooker hall on the first floor.

The building was still in those uses when I visited in July 2002. Since then it has been demolished, with housing being built on the site.