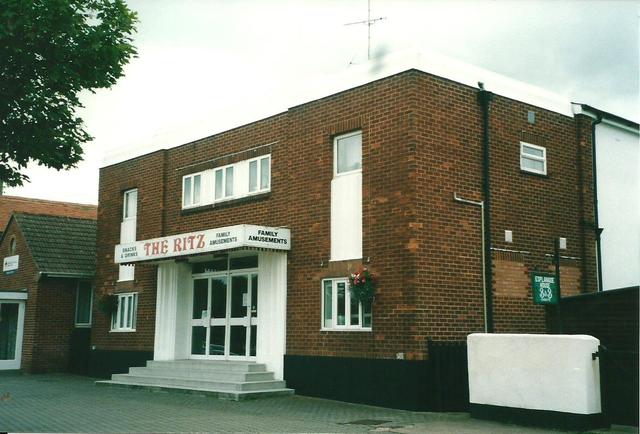 In the small Somerset coastal resort of Watchet, the purpose-built Conquest Cinema was opened on the harbourside Esplanade in late-1937. It was owned and operated by Mr T. Barton of nearby Minehead. There were 500 seats in stalls and circle and the cinema was fitted with a British Thomson Houston(BTH) sound system. The frontage was of red brick, with a flight of five steps leading to the double door entrance. The proscenium was 26ft wide.

In the 1953 Kinematograph Year Book the cinema is still called the Conquest Cinema.

Still under the original owner, CinemaScope was installed in the late-1950’s, with a screen 20ft by 8ft and a reduction in seating capacity to 398. Perhaps it was at this time that the cinema was renamed the Ritz Cinema.

The Ritz Cinema closed in the late-1960’s. It was converted into an amusement arcade named The Ritz.