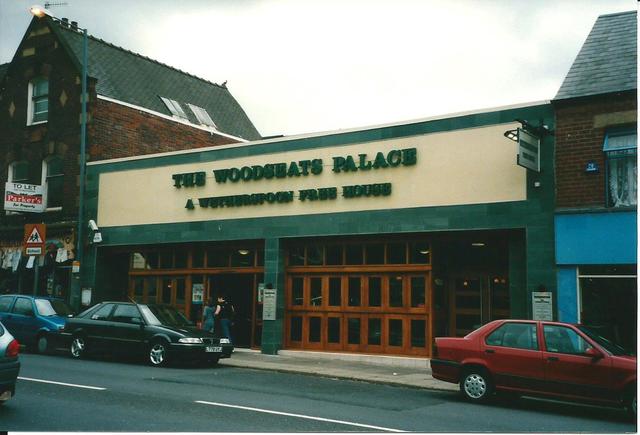 Situated about three miles from Sheffield the city centre, the Woodseats Palace cinema opened on 4th September 1911. The proprietor was Woodseats Palace Company Ltd. and the seating capacity was 550.

From 1920, Heeley and Amalgamated Cinemas Ltd. took over. They reconstructed the cinema, adding a circle, moving the projection box downstairs and increasing the capacity to 800.

Star Cinemas acquired the cinema in January 1955 and modernised it, installing CinemaScope and reducing the capacity, quite significantly, to 617. Despite these efforts, the cinema closed on 24th September 1961.

The building was subsequently demolished and replaced by a supermarket, initially Fine Fare. More recently a J. D. Wetherspoon pub opened in the former supermarket. In a nice nod to the previous occupant, the pub is called The Woodseats Palace.