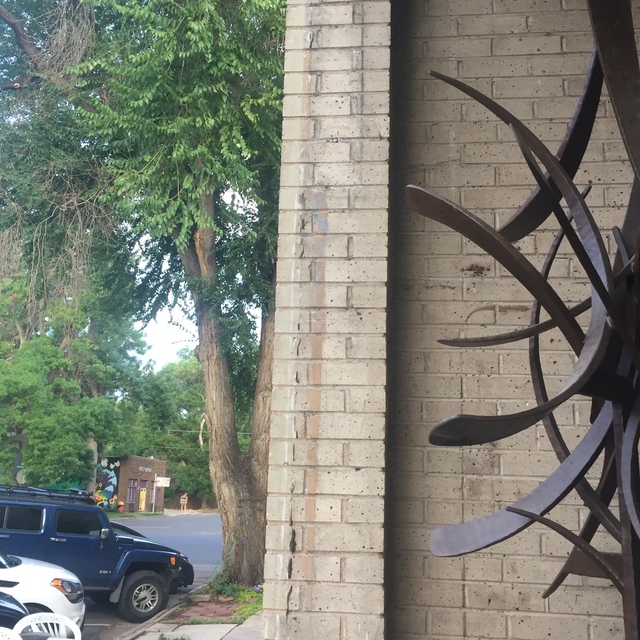 From the plaque attached to the left hand side of the front of the building:

“In October 1916 J.C. Schull hired Morgan and Sons to build movie theatre on the lot east of his Grandview Hotel. It was completed in less than 3 months, opening to the public on January 1st, 1917. It was considered one of the most modern theatres in Northern Colorado.

By 1939, attendance had dwindled to a point that the building was converted to commercial storage."