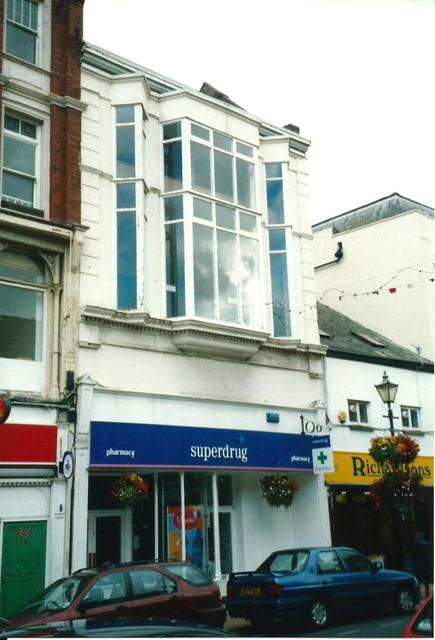 In the north Devon coastal resort of Ilfracombe, the Palace Cinema opened on Thursday 10th July 1913, a conversion of a public house and snooker hall. The façade was altered with Bath stone facings and mahogany was used for the exposed woodwork. Over the entrance on the first floor was a café lounge for the convenience of its patrons. The auditorium was very lofty and contained painted panels on the side-walls depicting the seasons and other subjects. The ceiling contained a another decorated panel, all the work of Mons. Gustave Roberts of Munich, Germany. Seating in the stalls (for 400 patrons) and circle (for 100 patrons) was raked, with no pillars to interrupt the view of the screen. Four exits were provided, to High Street and on each side of the proscenium leading onto Avenue Road.

In May 1920 it was taken over by the Albany Ward circuit, which was merged into Provincial Cinematograph Theatres(PCT). It was closed in March 1921 to be refurbished and re-opened 22nd June 1921 with “The Brat” starring Nazimova. A new projection box was built under the circle. Wall work was carried out to the plans of architect Mr. Harding of Salisbury.

Despite all this attention to detail and owned by the Gaumont British circuit, the cinema was a short-lived one. It closed on Saturday 13th March 1926.

The building was acquired by Woolworth’s Ltd., who opened their store in 1927. This closed on 6th August 1988 and Superdrug moved in later in 1988. The original painted panels in the auditorium as still in situ, but hidden away.