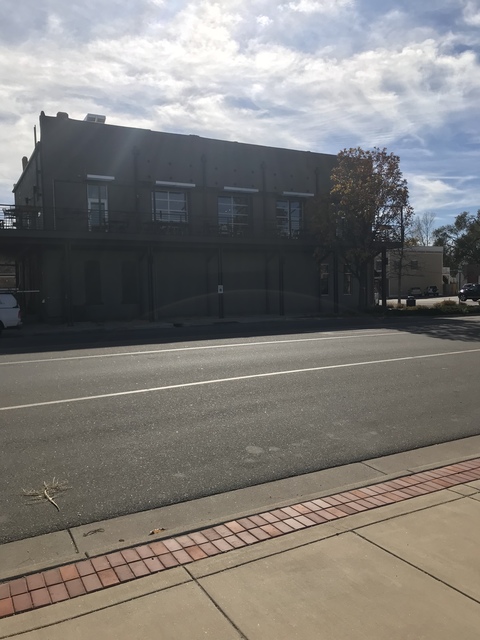 Operated in the ground level, 201 4th Street storefront of the Dowding building. Was operating as of at least 1909 “under the management of Wimmer Bros., J.T. Perkins and Wingfield. This theatre predates George I. Richard’s Windsor Theatre established in the next building (armory) south that he established in 1912.

A Windsor correspendent article from the Weekly Courier dated June 10th, 1910 notes “J.D. Stevens and wife have rented the Lyric Theatre from J.T. Perkins and took charge of same Saturday. Mr. Stevens was employed as electrician for J.T. Perkins and Mrs. Stevens as pianist and both are very capable of handling the business. The original price of 5c for children will be charged”.

Another Windsor correspondent article from the Weekly Courier dated June 16th, 1910 notes “J.T. Perkins, who is the manager of the Lyric Theatre, has taken advantage of the dull season here by making two trips to Milliken each week where he shows the pictures. He will probably go to Johnstown one night a week, also, during the summer.”

Yet another Windsor Correspondent column in the Weekly Courier dated June 30th, 1909 notes “The Lyric theatre closed Friday and will not reopen until the weather is cooler. Owing to the intense heat the attendance was not large enough to meet the expense of running the moving pictures.”

It is well worth noting that the second story of this building also held the Dowding Opera House, later known as the Windsor Opera House which was converted to a Masonic Lodge in 1905. I have no record or indication, however, that the opera house ever ran motion pictures.

The theatre has served as a plethora of different retail uses over the years, as have the other spaces in the building. As of this December 2015 writing, PinUps Hair Salon occupies the Lyric Theatre.