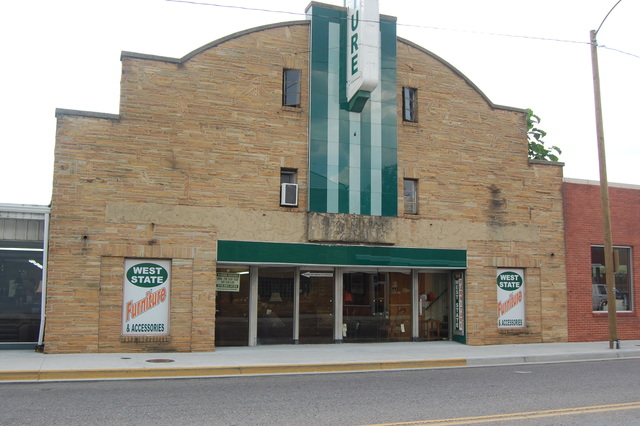 The Lee Theatre was opened April 15, 1949 with “Kiss in the Dark” starring David Niven & Jane Wyman . The 800-seat theatre was packed on opening night. By the early-1950’s the Lee theatre was one on nine movie theatres operating in Bristol, including three drive-in theatres. As television became more popular, ticket sales plummeted, and the Lee Theatre was closed in November 1956. It now operates as a furniture showroom.

Uploaded 1948 newspaper article announcing the building of the Lee.