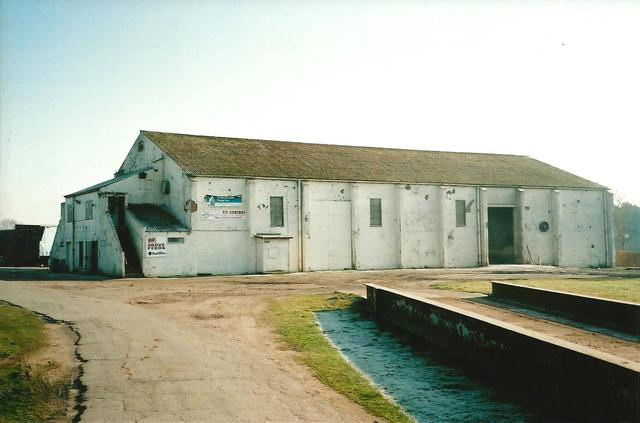 The airfield opened in 1916. It was initially operated by the Royal Flying Corps before being taken over by its successor, the Royal Air Force, on 1st April 1918.

In 1922 the land was sold off for use as a race horse stable.

However, in 1935 the land was again requisitioned. The airfield was re-built, with three hangars. No.10 Flying Training School, formed on 1st January 1936, was based there until it was transferred to Canada in late-1940. A Maintenance Unit opened on 1st June 1937, for use by No.4 Aircraft Storage Unit, later re-named No.24 Maintenance Unit.

From 30th April 1946 Ternhill was the home of No. 6 Flying Training School.

On 24th July 1961 the school moved out. The space was quickly filled by the Central Flying School Helicopter Wing.

The airfield side of RAF Ternhill is currently used by the Defence Helicopter Flying School, posted there on 30th March 1997. The accommodation side was turned over to the Army on 31st December 1976 and is now known as Clive Barracks.

Away from the operational areas, the former Astra Cinema is occupied by Grove Feeds, supplying animal feed and pet food.