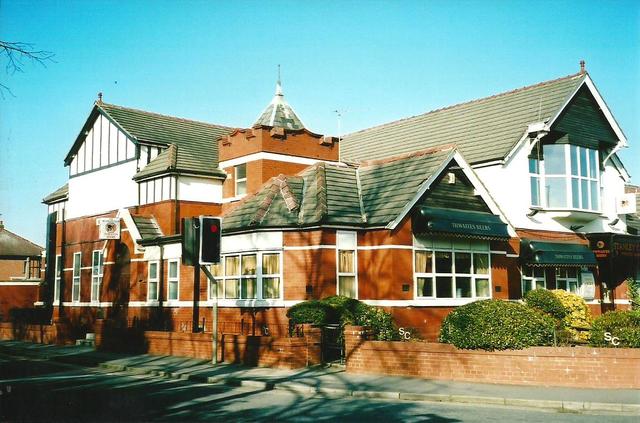 In the small Lancashire town of Burscough Bridge, to the north of Ormskirk, it is not known when the Cinema opened. It was listed in the Kinematograph Year Books for 1927 and 1944 as, simply, the Cinema. It was owned by John R. Horrocks, and had 500 seats and had been equipped with a British Talking Pictures(BTP) sound system.

By the 1947 edition the cinema has been renamed the Derby Cinema and was owned by Mrs. E. H. Horrocks, possibly John’s widow. The seating had been reduced slightly to 466. That entry lists the proscenium as 22ft wide.

The Derby Cinema was still open in 1966, but had closed by 1980. It is not clear whether it was purpose-built. The current building is an extensive one, and is the Stanley Institute. However, whether the cinema occupied part of an existing building, or the extensions have been added in the years since the cinema closed, is not known.