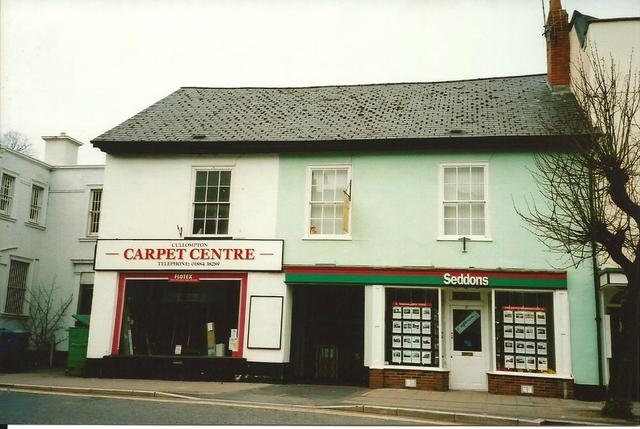 In the Devon town of Cullompton, between Tiverton and Exeter, it is thought that the Regal Cinema opened in the early-1930’s (it had a very sparse entry in the 1931 Kinematograph Year Book).

The 1940 and 1953 editions listed the owner as Cullompton Cinema Company Ltd., gave a seating capacity of 350 and noted that the proscenium was 16ft wide. There was a café attached.

In the 1960’s the Regal Cinema was owned by Charles Scott, who acquired it while he was managing the Alexandra Cinema in Newton Abbot. By this time the seating had been reduced to 300.

The Regal Cinema was still open in 1969, but had closed by 1975 closed. The building was subsequently transformed into two retail units.