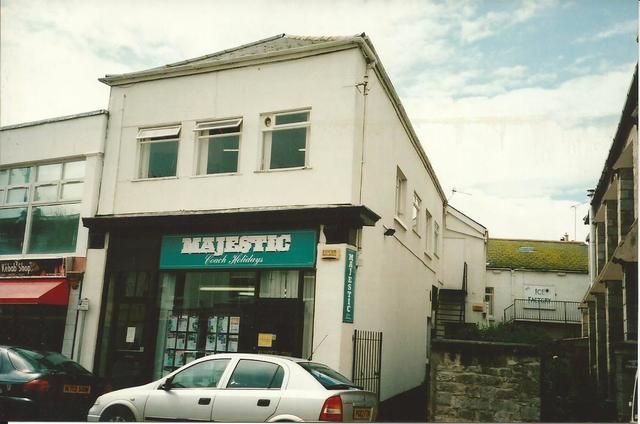 In the Devon seaside resort of Teignmouth, the Lyceum Picture House opened prior to 1919.

According to the 1931 Kinematograph Year Book the owners by that time were George & Northcott, of Plymouth. “Pictures and occasional Variety” were advertised, and there was a café attached.

It is not known when the cinema closed, but it was not listed in the 1953 edition.

By the time I visited, in April 2008, the site was occupied by Majestic Coach Holidays. I say “site”, because it is unclear what, if anything, remains of the former cinema. A complication is that amateur dramatic group the Teignmouth Players created the Ice Factory theatre out of a two storey office block at the rear of 10 Somerset Place. However, this only has 50 seats, and would appear to be far too small as the building that housed the 500-seat Lyceum Picture House. Hopefully another contributor will be able to clarify precisely where the Lyceum Picture Theatre stood.