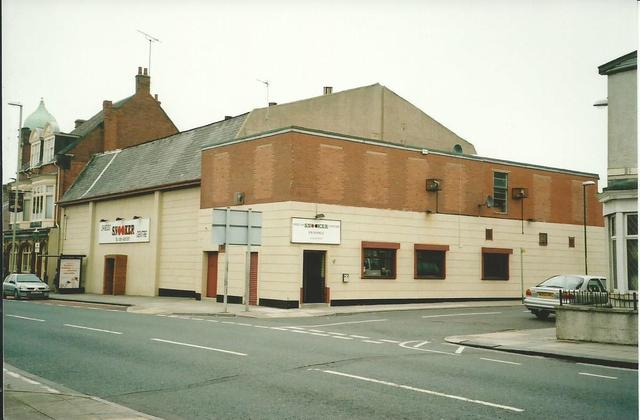 In South Shields, on Tyneside, the Westoe Picture House, opened on 21st February 1911, was always purely a cinema, despite a few early attempts to introduce variety acts. There was an orchestra, led by Mr Luke. The cinema became known locally as the ‘Chi’ (after Chichester Road).

On 3rd May 1915 the screening of “The Million Dollar Mystery” was accompanied by a prize of £100, offered by Reynolds Weekly News, for the solution to the mystery.

On 4th May 1916 continuous performances were introduced, as opposed to two separate shows each evening.

Even into the 1950’s, the stalls seating was only on wooden forms (with no carpet!). Perhaps not surprisingly, bearing this in mind, the cinema closed on 4th April 1959 with Dean Martin and Jerry Lewis in “Pardners”.

By the time I visited, in August 2008, the building was home to Shields Snooker Centre.

Despite the conversion, you could detect traces of what was the old cinema.