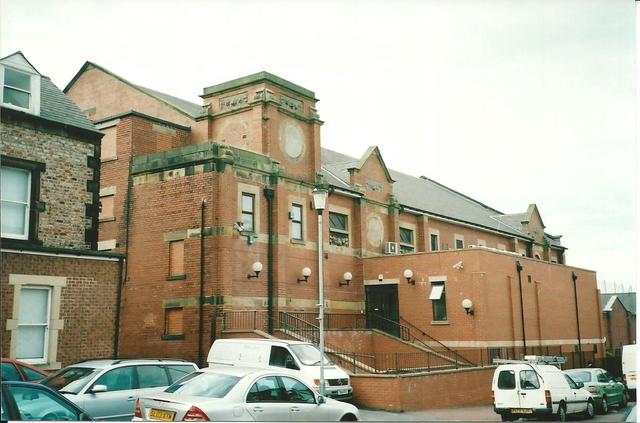 Located in the Bensham district of Gateshead, the Coatsworth Cinema opened on 8th December 1913 with “The Duke’s Talisman”. It was built of brick, with stone finishings and could seat 1,343 patrons: pit 510 seats, stalls 330 and circle 503. The pit benches and stalls seats were divided by a wooden barrier. There was an orchestra pit and a stage.

Music was provided by the Coatsworth Grand Orchestra of 15 players, unusually large for a Gateshead cinema.

In March 1919 Thomas D. Armstrong took over the running of the cinema. A year later he built a new projection box and separate re-wind room “during the weekend”, according to a local trade magazine.

In 1925 a pipe organ, by Harrison’s of Durham, rebuilt with a pneumatic action by Davidson and Jackson of Newcastle, was installed. It was opened on 16th July, played by Frank Matthews.

At the end of August 1929 Western Electric(WE) sound was installed, for “The Singing Fool” starring Al Jolson.

The cinema was re-seated and re-decorated in August 1937. In March 1955 a ‘New Panoramic Screen’ was fitted, and the first CinemaScope film was “A Star is Born” starring Judy Garland.

The Coatsworth Cinema closed on 30th July 1960 with Clayton Moore in “The Lone Ranger and the Lost City of Gold”. Thomas Armstrong was still the manager.

The building opened as a bingo hall in September 1962.

More recently, it has been converted into the Bewick Centre, a social facility for the district’s Jewish community.