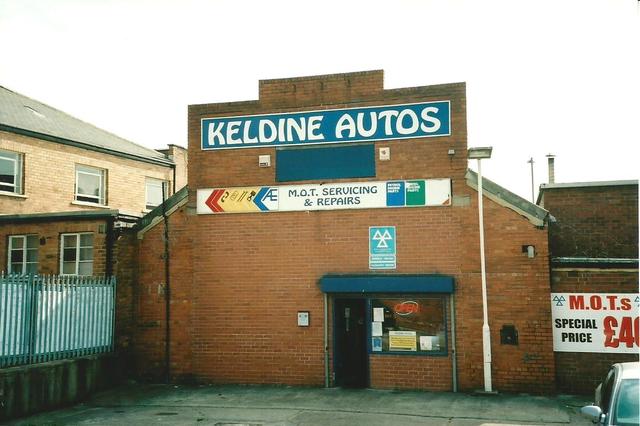 In the Dunston district of Gateshead, at the junction of Wellington Road and Ravensworth Road, the Ravensworth Hall opened in early-March 1910.

It was a basic building, 60ft by 30ft, of corrugated iron. There was a small platform for variety acts.

Within a year, it was renamed the Imperial Cinema. In December 1910 it was enlarged by the removal and replacement of one side of the auditorium.

Despite this, more capacity was required, and, in late-1912, it was entirely re-built. The hall was then 80ft by 45ft, with a stage and dressing rooms, and seating for 550 patrons in stadium-style.

Towards the end of the World War I the cinema was taken over by Dunston Imperial Hall Company Ltd. who ran it until 1940.

In the 1950’s it had a reputation of being a ‘rough house’, with many seats missing and a leaking roof.

The Imperial Cinema closed in 1961. The building became a tyre depot. When I visited, in August 2008, it was home to a motor garage, Keldine Autos.