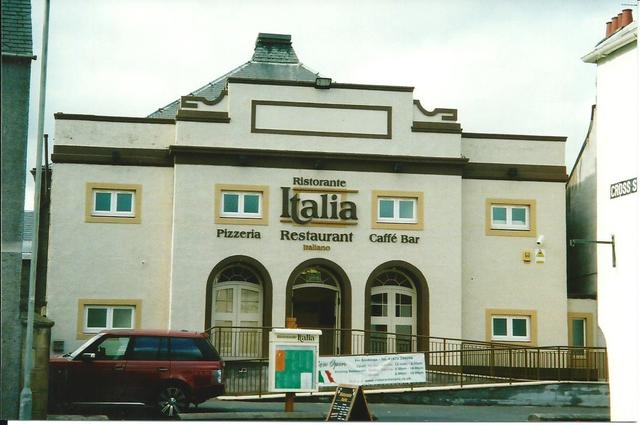 In Kelso, then in the county of Roxburgh, now Border, the Roxy Cinema opened in the early-1930’s in a former church that had been built in 1793.

By 1940 the cinema was owned by W.G. Gilchrist. There were 600 seats, and the proscenium was 36ft wide. That ownership continued until at least 1953.

The Roxy Cinema went over to a split week of cinema and bingo in 1974. By 1980, bingo was being played three days a week, and the seating capacity had been reduced to 390.

The cinema closed in 2004. The building was converted into a restaurant; in March 2009, when I visited, this was Ristorante Italia, later it became The Contented Vine.