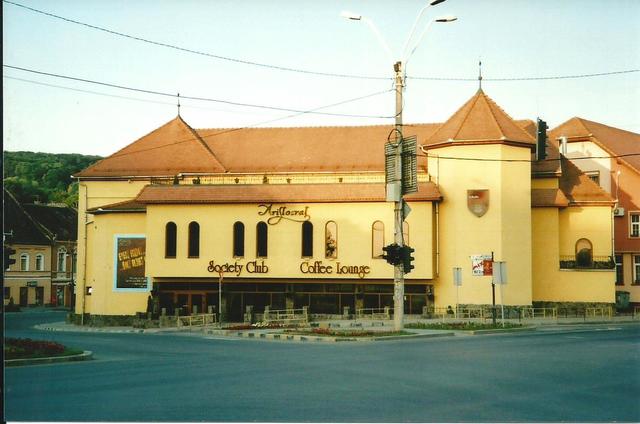 Sighisoara is a city on the Tarnava Mare River in Mures County, in the historic region of Transylvania.

The Cinema Lumina [Light] is believed to have been operating in the 1970’s, at least, and to have closed around 1997.

The building is now home to the Aristocrat Society Club, one of the main attractions for lovers of fun, partying and music. The building has been completely renovated, with an ultra modern design. The club is built on two levels, with 350 seats at tables and a total capacity exceeding 1,000.

The club is equipped to show films, but it is not clear whether these shows take place in a separate area. They do not appear to be regularly scheduled performances; they seem to be an additional attraction available during parties and events.