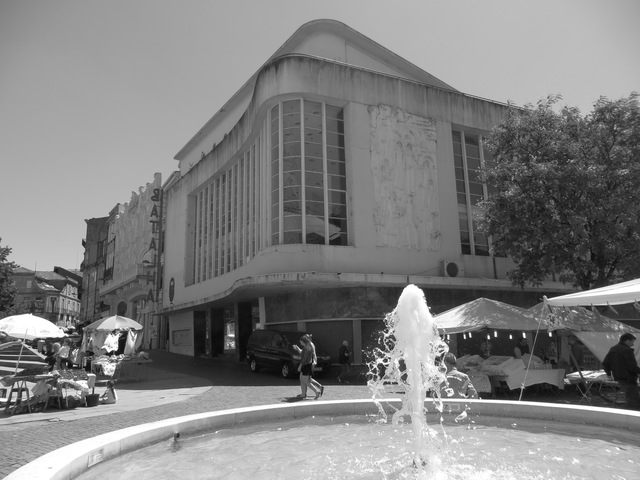 Located on the Praca de Batalha and Rua de Santo IIdefonso. The Cinema High Life was opened on 29th February 1908. By November 1928 it had been re-named Cinema Batalha. It was demolished and a new Cinema Batalha was built and opened on 3rd June 1947. Seating was provided for 346 in the orchestra, 222 in the mezzanine and 382 in the balcony. A corner of the façade has a raised marble bas-relief panel by artist Americo Braga. In 1974 a small 135-seat auditorium was created in the basement, which closed in 2003 and converted into a café. The main original cinema auditorium had closed in August 2000, but it was renovated and re-opened in May 2006. It was Heritage Listed in July 2008, and was closed 31st December 2010. It was undergoing renovation in November 2020.