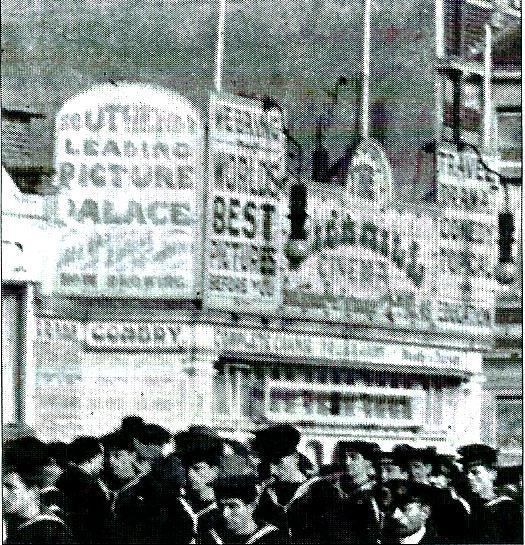 In Southend-on-Sea, Essex, on a site at the top of Pier Hill, overlooking the famous pier, at the end of the High Street, the Southend Picture Palace opened in June 1909. It was built on Grove Terrace, alongside the Grand Pier Hotel.

By 1913 the cinema had been renamed the Grove Picture Theatre. The owner, Mr F. F. Ramuz, also owned the Gem Electric Theatre, at Victoria Circus, at the top of the High Street.

In 1914 the name changed again, to the Pier Hill Cinema. By then ownership had transferred to Mr Goldberg, who promptly sold the cinema to Mr Burgh.

The cinema was very crude and antiquated, even by the standards of the time. Not too surprisingly, it closed in 1919.

For a while it was used as a billiard saloon. It was later developed into part of a coach station used by Westcliff Motor Services.

In 1981 this, and the surrounding buildings, were cleared to make way for the Royals shopping centre.