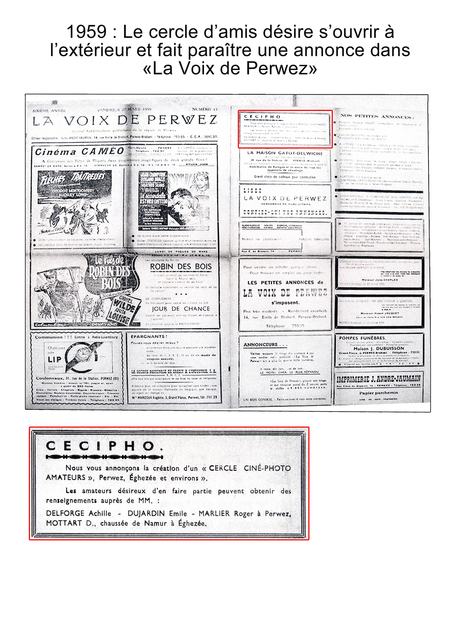 Perwez is a small town in Brabant Wallon. Le Centre Culturel is in the former Cameo Cinema, this is also known as le Foyer. When the Cameo Cinema closed in 1972. One of the last films to be shown was “Boulevard du Rhum” mad in 1970 and also “Ben Hur” with Charlton Heston. It became the cultural center of the town.

The other cinema in town was the Kursaal Cinema in the main street Rue de la Station which closed in 1965 became a retail.