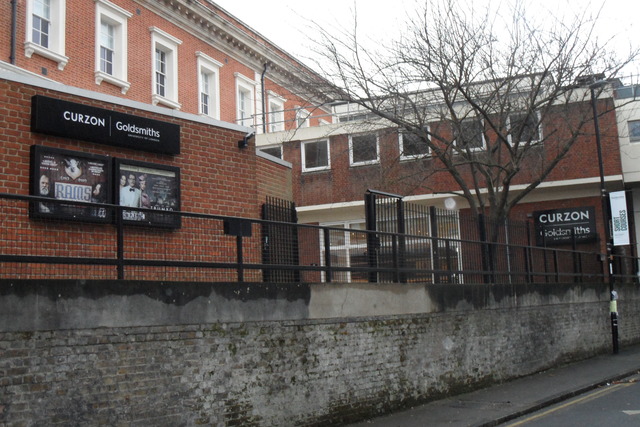 Located in Goldsmiths College, University of London, in New Cross, south London. Opened on Friday 29th January, 2016 with “The Revenant” and “The Big Short”. This college situated Curzon Cinema has ended the London Borough of Lewisham’s long lack of an operating cinema in 15 years. In term time at least screenings will be in the evenings, but all day at weekends. The cinema will be used by the college in the day, rather like the Gulbenkian at the University of Kent. Projection will be 4K and the auditorium on one floor.

It was closed in early 2020 due to the Covid-19 pandemic. It was announced in 2021 that the closure as a commercial cinema would be permanent. The cinema remains open for use by staff & students.