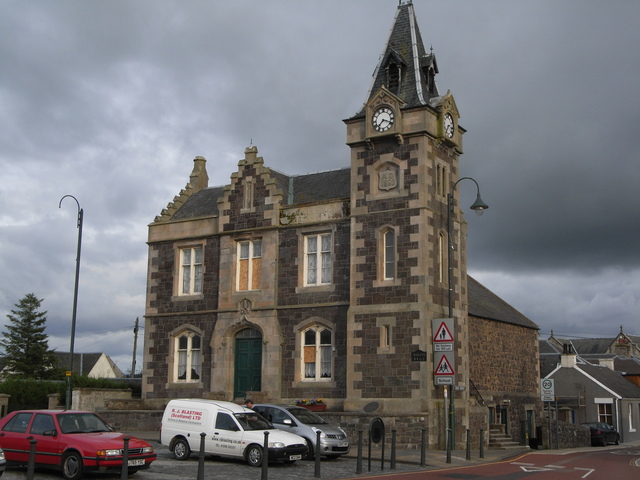 Located in Biggar, South Lanarkshire. The Corn Exchange was opened in 1861. It was used as a concert hall in the early days. In the early-1900’s traveling showmen would use the hall for cinema shows. By 1913 it was operating as a cinema, with two changes of programme weekly. It had 300 seats in the stalls and 20 in the small balcony.

In 1935 it was purchased by the Town Council and re-named Biggar Cinema. It was equipped with a British Thomson Houston(BTH) sound system.

The Biggar Cinema was closed in 1965 with Peter Sellers in “The Millionairess”. It briefly re-opened, and then was taken over by the local Theatre Workshop, who screened an occasional film. After refurbishments, it was re-opened in November 2010 as a community arts centre, known as the Biggar Corn Exchange. There are now 114 seats on stepped bleachers. It is a Grade B Listed building.