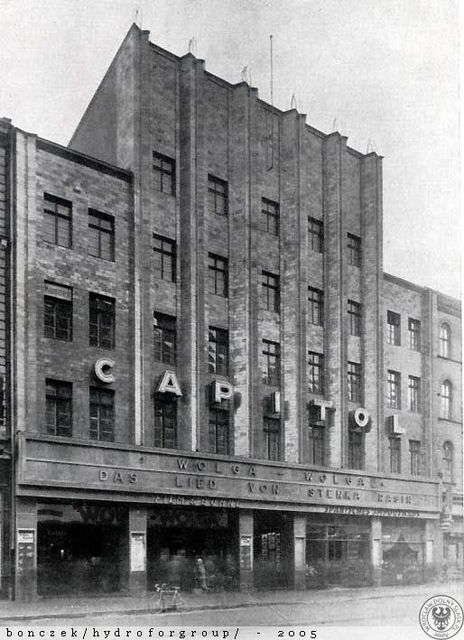 Located in the city of Wroclaw, Poland (the 4th largest city in the country) near the Polish/German border. Until 1945 it was known as Breslau, and was in Germany.

The Capitol Kino was opened by 1930. It was designed in a stunning modern Art Deco style by Berlin based architect Friedrich Lipp. Seating is provided in orchestra, balcony and boxes. There is a large stage, which was well used in the early days of cine-variety.

Today, the exterior and outer foyer have been modernised (c. 2013?), but the inner lobbys and auditorium remain unchanged and it is now a performing arts theatre, known in English as the Musical Theatre Capitol. It is own and operated by the city.