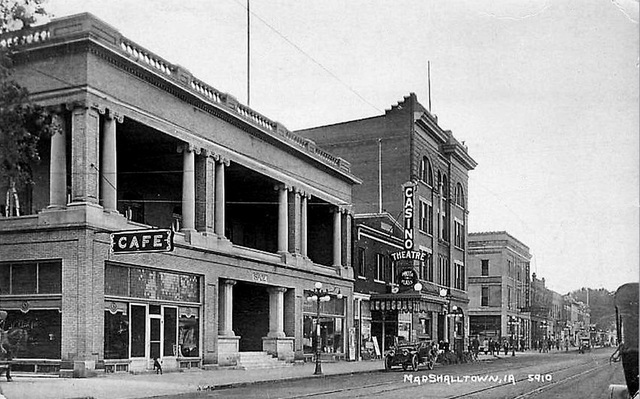 This was the first and original Orpheum Theatre in Marshalltown, IA. It was opened February 27, 1913 and operated as a vaudeville house by Samuel Horowitz and M.C. Roskopf. It was designed by local architect Charles H. Eckman. At that time Horowitz & Roskopf were competing against the Isis Theatre, Colonial Theatre and Odeon Theatre. When the Odeon Theatre was doing well with films, it prompted the pair to rebrand the Orpheum Theatre to Casino Theatre on August 7, 1915.

The Orpheum name would be reused when the Capitol Theatre burned and the present Orpheum Theatre was built on its site.