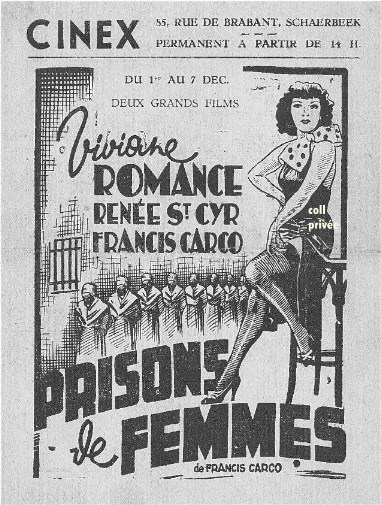 Opened in 1914 in the Rue de Brabant, after the cinema of Theatre du Nord (later Eldo Cinema)in the same street at number 115. The Louis XVI Cinema became the Cinex Cinema in 1939. It was a small cinema less than 300 seats, very few details about it, and it may have been a part time cinema. It had closed by 1955(source anuaire du commerce 1956).