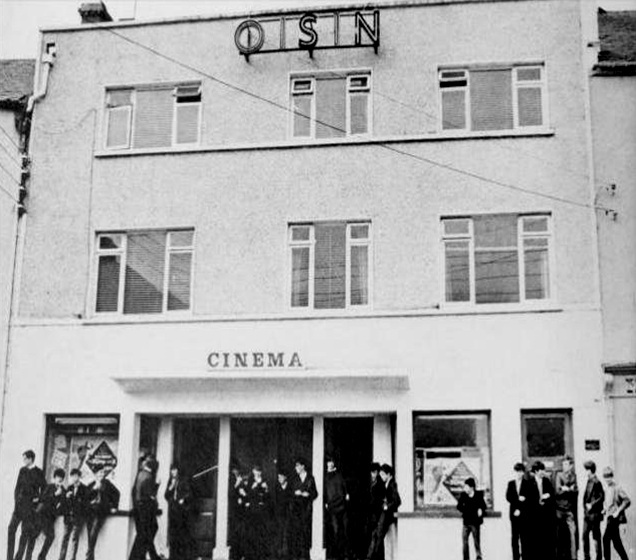 Located in Killorglin, County Kerry. The Oisin Cinema was opened by 1939. It was equipped with a RCA sound system and had a ballroom attached. It was still open in 1966, and the building looked closed in 1971. It later opened as a restaurant and in May 1997 it screened the Irish Premiere of “Marvin’s Room”.

This cinema was run by Patrick O’Shea and was one of a number with the name. The 800-seater was in operation by 1939 and was equipped with an RCA sound system. It was still screening films in May 1997 when it screened the Irish premiere of “Marvin’s Room” although this may have been a one-off. It is now some sort of restaurant.

According to the local history society the Oisin was located on The Square where Langford Street meets Upper Bridge Street, there was never a cinema on Lower Bridge Street. It was active from 1963 to 1999. Owner Diarmuid O’Shea is on record as saying in 1998 that he was on the verge of closing it down as he could not get the films from Dublin quickly. Even Titanic didn’t do as well as expected. The cinema backed onto the Oisin Ballroom on Ivreagh Road (yes, there were two Oisins) which also operated as a cinema from shortly after it opened in 1938, see separate entry on this site.